Last night we had a mosey down to The Barfly in Camden, North London, to see the fabulous Frank Hamilton.

The gig was excellent – the first and last #OneSongaWeek live show. In celebration of the fact that Frank Hamilton has written a song every week of the year so far, with just one more week remaining. Frank had various special guests who had played a part in various songs throughout the year, including Newton Faulkner. This was quite a difference from the last time we saw Frank, at Cambridge with another dozen people. I think this is going to be a big year for Frank Hamilton. Have a look at the Frank Hamilton blog for more info, videos and pictures. And click here for all the year's songs.

One slightly disappointing part of the evening was the selection of beer. There was no draft beer on offer and the only bottle beer was 'Old Speckled Hen' which I had the other day. So not the best place for someone participating in #decembeer. So #24 is Guinness….also in the excitement of being at a Frank Hamilton gig I forgot a picture, although is pretty much what it looked like…. 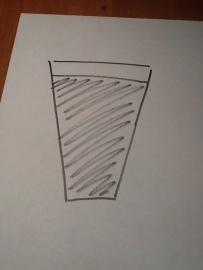 Which brings us to tonight's offering, #25, from Belvoir Brewery….Old Dalby….

It is probably important to say that the weird folks around this part pronounce Belvoir as 'Beaver' – don't ask why, it's just what they do, they are very strange around here. This is actually a fine beer. Ruby red in colour, very malty, with good strong flavour. Still not getting the 'roasted flavours' – just very beery and very nice!

One thought on “Frank Hamilton and #decembeer”