We signed up for this run bloody ages ago, and it would appear that it is suddenly less than a week away. In fact, the lovely people at Trail Outlaws have a handy countdown on their website, just in case you’re not quite nervous enough. This is what it looked like this morning: 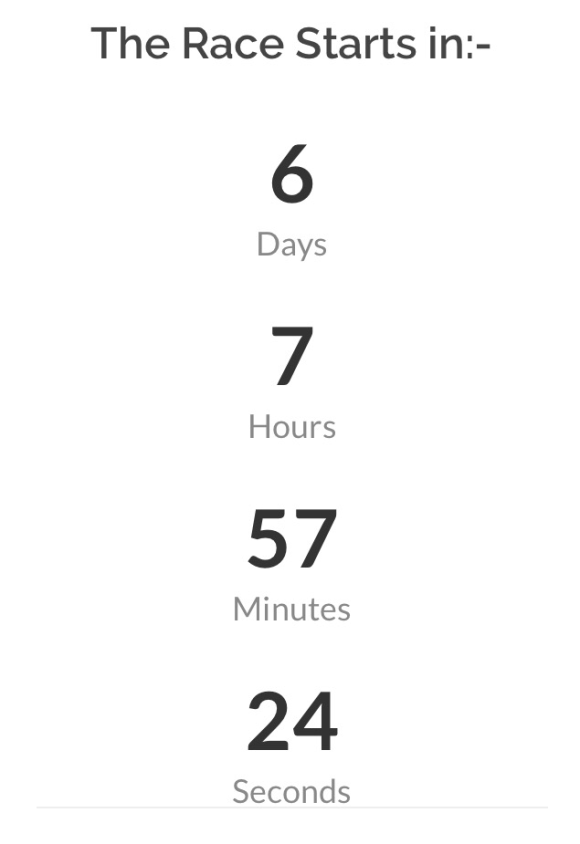 If you know nothing of the Dark Skies Run Kielder, then let me explain:

I’ve even had to buy a running back pack. Still to actually attempt running with it on. That may well be a job this week: get to the woods one evening and have a go.

A group of five of us are running it, well when I saying running, it might be walking, walking/running, we don’t have a definitive plan yet. Run our own race? Stay together for a bit? Stay together the whole way? Still to be decided. Whatever happens it’s definitely going to be an experience.