We reach what is the penultimate day of Juneathon and this is the first run that actually felt like a Juneathon run. Rushed home from work, collected the dog and we hit the trails. It was hot and sweaty. In the past I have always remembered Juneathon as being exactly like this – lots of runs in the sun. However, this is the first of its kind this year.

The plan was to do about 5 miles at a reasonable pace – I'm starting to test Jeff* a bit more – it went well, a bit achy, but overall a success. Although, the dog probably disagreed with me – he struggled. I think the days of him joining me on my runs has well and truly gone. I understand it was pretty warm this evening but that was no excuse for the pace he was going. I had to wait for him on numerous occasions. And when I told him to get a move on, did he listen? Did he hell! If anything he started going slower.

Anyway, when we returned home I gave him a good talking to. This resulted in him sitting in the corner of the garden with the hump and ignoring me all night.

* If you don't understand what this means then you are lucky enough not to find yourself reading the nonsense that is contained on this blog too often – I will not put you through the pain of an explanation.

A slow start to the morning, mostly because of the drinking yesterday afternoon. But by the time the afternoon came around I was ready for a run in the sun: 3 miles. It was a muggy afternoon; rumour has it we are in for a bit of a heatwave over the next week. Lovely jubbly.

I received this nice little bundle from Flying Vinyl yesterday….

So spent most of the rest of the day giving them a spin….

Today was one of those days that are just full up with stuff.

Firstly, #Juneathon day 27 was a Parkrun. Peterborough Parkrun. But more importantly, Helen's first ever Parkrun. It was a lovely morning, the sun was shining, in fact it was a very warm 5k. Good start to the day.

That was followed by a trip to buy some plants for the garden. Which was inevitably followed by actually planting the plants. That done it was BBQ time…

It was a really enjoyable afternoon/evening, plenty of food and beer. Although the majority of it was spent deciding whether or not we would actually continue with the planned holiday to Tunisia! I'm sure there will be more to come on the subject in the coming weeks!

…but 8 extra seconds in terms of planking is like Usain Bolt running a sub 9 second 100m. Bloody hard work. The last 30 seconds were accompanied by lots of grunting and groaning and a great deal of shaking. How about a Juneathon Day 25 action shot? Although I'd be the first to admit that 'planks' do not make for the most impressive action shots.

But I'm pleased to announce we have a new PB….

I think you are all more than aware of the problems I've been having with Jeff*. It has however, reached new depths. I have 'The Fear'.

Today when I got in from work I went straight out to test Jeff. Juneathon day 24. The plan was to do 3 or so miles at a reasonable pace to see how likely it was that I make an appearance at Clumber Park in Nottingham for the 'Festival of Trail' half-marathon. During the last six weeks my runs have consisted of very light jogging, or a trip to the gym for some cross-training. I have, in essence, been trying to avoid aggravating Jeff. The only problem is that Jeff is in my head, he has got me questioning my running ability. He has given me 'The Fear'.

The fear that Jeff will blow-up at any stage and cause me real issues.

The fear that I can't actually run very far – even today's 3-miler seemed harder than in the past – I felt like I had run a marathon.

The fear that maybe it's the trainers that are the problem and that I need new ones.

The fear that my running form has something to do with my problems with Jeff.

The fear that I'll wake in the morning unable to walk.

Having said all that, at the end of the run Jeff felt no worse than after a gentle jog. I can definitely feel it, an ache, although whether I just need to exercise it a bit more I'm not sure. I've had six weeks off any fast running, six weeks off anywhere near long mileage, it's time to get back in the game.

I haven't run the route I did today for weeks, it's got slightly overgrown….

And my entry for Project365 #175 I hear you say? Well, you don't have to venture far into the English literary world until you trip over some author harping on about the fields of wheat…

Field of wheat, so full and fair,

Shining, with thy sunny hair,

Graceful as the breezes play.

I think this is what they are on about….

Was going to go for a 'proper' run tonight when I got in from work. But didn't. For a few reasons: a) I really couldn't be bothered; b) I am supposed to be running a half-marathon on Saturday and wanted to give my calf a bit more of a rest before I 'test' it; c) After yesterday's plank rest day I was determined to smash the plank PB. 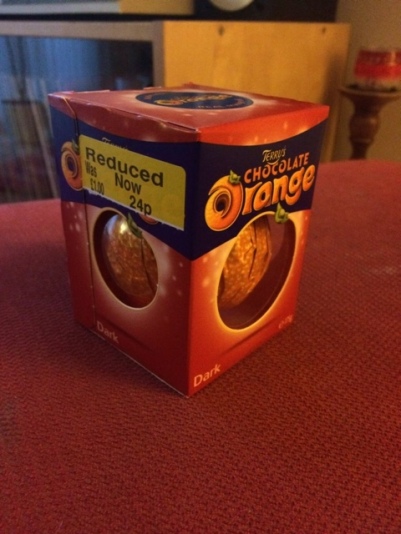 Although, the actually proper terminology is 'whack it'.

A lovely gentle morning run in the sun followed by this…

Now, I can hear you all now….your shouts probably include one or more of the following:

Now, a couple of weeks ago you may have heard me shouting something very similar. But my experiences over the last two weeks have changed. I'm now chasing it. I'm desperate to try to beat my best time every time I have a go.

To all those plank haters out there, or the people that don't believe it is worthy of a legitimate Juneathon exercise, I'm telling you it is! If you had seen me today you would realise this fact.

It had been a long day with this that and everything else, which meant an attempt to break my previous best plank of 2min 35sec. I had filled up on pizza (probably over filled myself if I'm totally honest) and was ready to go. The first minute was ok, feeling pretty good. The next 30 sec and the odd shake can be felt, the stomach muscles start working, time slows down and breathing becomes hard. As we approach 2min the shakes are taking over. 2 min 30 secs and you can feel the blood vessels popping in your brain, breathing has become grunts and growns. Time has virtually stopped. The final 15 secs is spent holding your breath and trying not to blackout, everything hurts: stomach, back, shoulders and elbows. Hold it for 2 more seconds….every little helps.

About six weeks ago you may remember (if you are sad enough to be a regular reader) a new toaster was purchased. A 4-slicer toaster. This morning the advantages of a 4-slice toaster were evident for all to see. Genius, pure genius. Two bagels on the go, one slightly delayed to allow for spreading of Philadelphia. Every little helps…

Today's exercise consisted of the old 'plank and run' routine.

Firstly, the plank, a total success, an improvement of a whole 15secs….

Secondly, the run, a gentle 30 min jog round the woods…