Sunday, the home of the long run, and because I'm staying at my sister's, an opportunity to run somewhere completely different. As much as this is great, it makes a welcome change from running around Bourne Woods, it does bring a sense of the unexpected. Tonight's run had unexpected happenings by the bucket load.

I set off just after 7pm with the intention of running 6 miles at a reasonably good pace. As I ran out of the estate road close development I had a rough idea of where I was going to go, a very rough idea, but in idea all the same. I headed out to the right, no path, but only a quiet lane, so chances of being wiped out by a speeding car were very small.

Suffice to say, within a mile I nearly got wiped out by a car so headed for the public footpaths that take you across the countryside. A short dash through some woods took me to a lovely looking footpath with a stile and manicured grass that looked very inviting…. 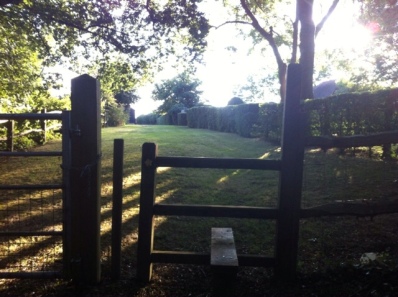 I stopped to take in the view: rolling hills, wildlife and setting sun….

Continuing down the 'footpath' lead me to a gate, that I climbed over. I did think that climbing over gates on what should have been a public footpath did seem slightly strange. But they are a strange lot down south so I wasn't too perturbed. As I made my way across the field in the direction of the footpath arrow, I came across a herd of sheep, they seemed just as surprised to see me as I was to see them.

I continued along the edge of various fields following the very vague 'footpath' signs. Although one farmer had made the effort to indicate the way my creating giant arrows on the ground. 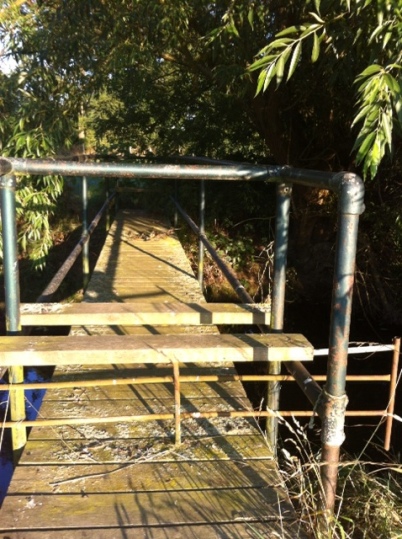 At this point in the run the public footpath signs began to appear slightly less often, and when they were visible the direction of the arrow was not always clear. At one stage the signs were even hidden in the bushes…. 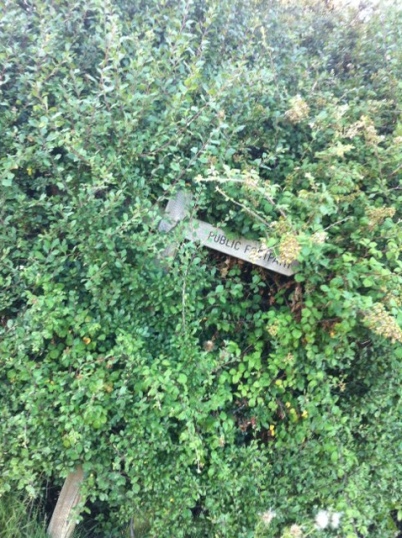 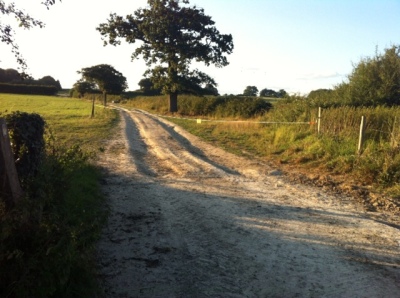 At this point I decided to turn round and head back the way I came. This wasn't as easy as it sounded, I had totally lost my bearings, and everything began to look the same. At one stage I even looked at the map on my phone to see if I could regain my bearings. It didn't help. All it told me was that I was in the middle of nowhere. I knew that already. Ironically, I found a big pile of crap….

Eventually, whether by luck or judgement I found my way back to the road. Albeit still a couple of miles from my destination. Finally, on a road again I picked up the pace for the final bit. Although I did stop when I saw the name of one of the cottages on the road….

….and when I saw this rather strange landscaping…..

I made it back, what started as a 6 mile run, ended up just short of 9 miles. But in terms of half-marathon training, it can only help. 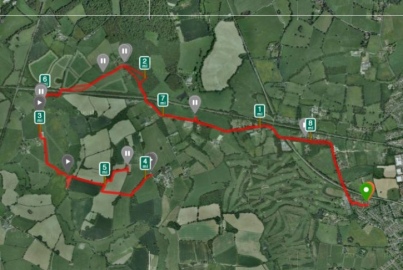