Our last full day at Ko Lanta today. After much consideration we opted for another relaxing beach day.

The rest of the day was spent on the beach alternating between pool and sea for a cool down. The place seemed a bit quieter today for some reason – although a couple of families from the UK were to appear in the afternoon with their screaming kids.

We also bagged ourselves a couple of well cool hats. If you can’t look silly on holiday, when can ya!? Although, Helen does seem to think she actually looks cool.

We had a little explore around the rocks and mangroves at the far end of the bay – the original plan was to attempt to get round the corner in time for the sunset. However, when Helen saw the ‘razor sharp’ rocks that needed climbing across as well as the ‘slippery as ice’ rocks that blocked our route, she decided against ‘risking her life’ to see a sunset. 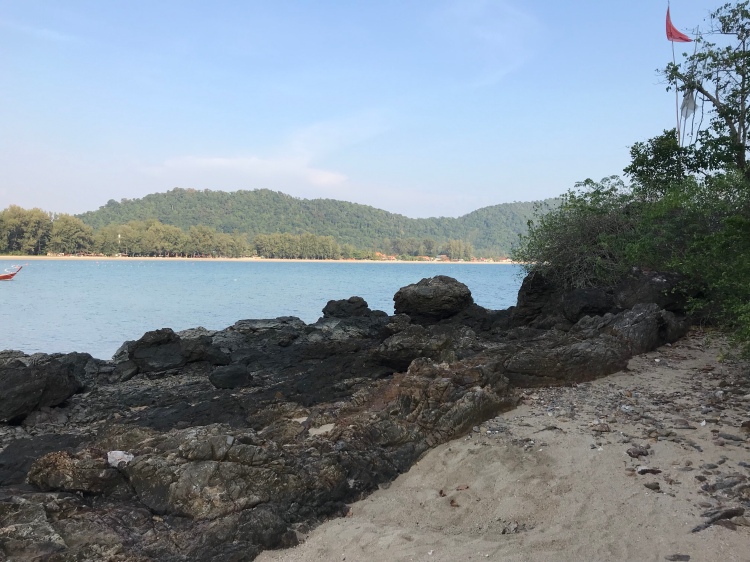 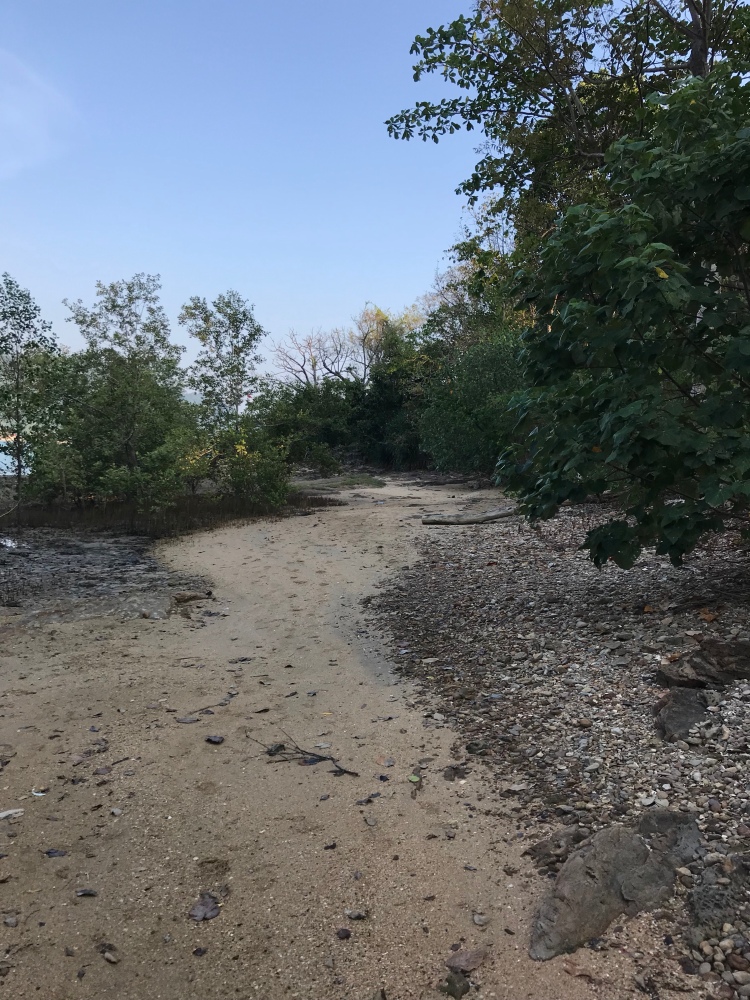 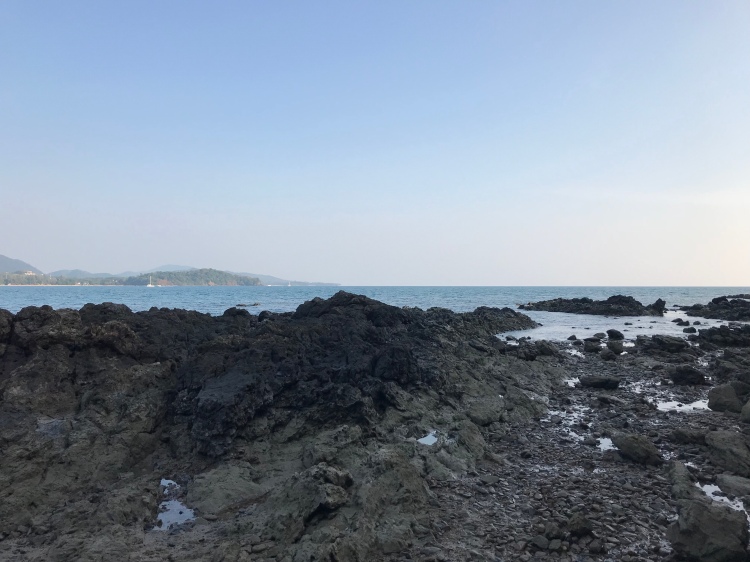 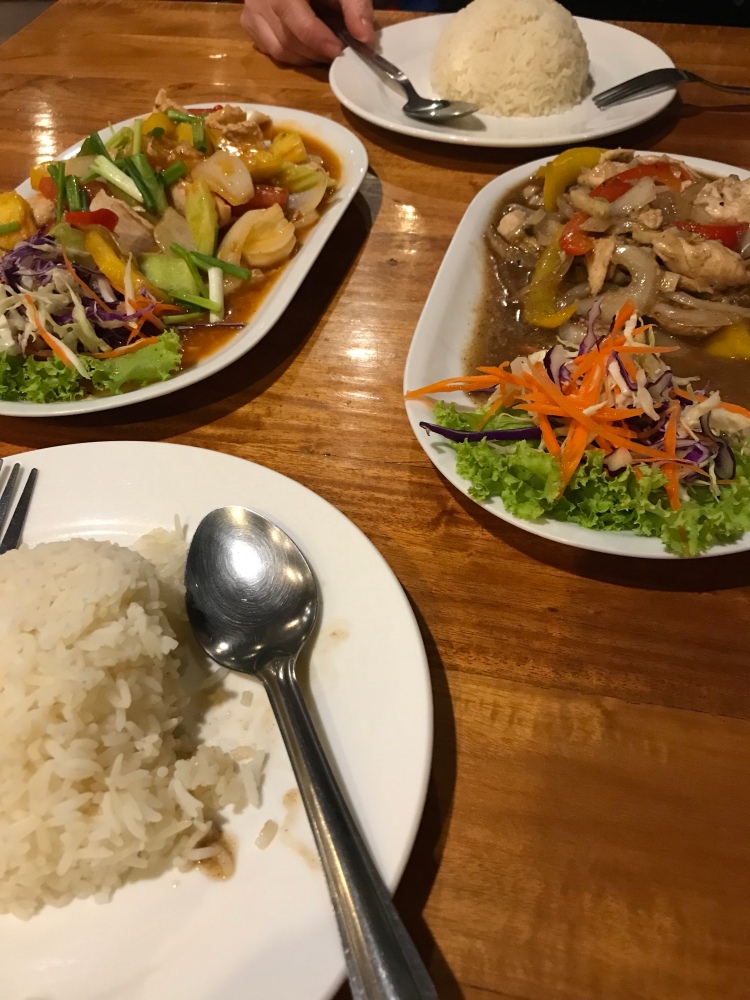 In between dinner and dessert we did both have a near death experience. Most of the time here the worry has always been the mozzies. Tonight, our focused changed. Picture the scene….

We’d just given our dessert order to the waitress, I had begun writing this very blog post, Helen was on her phone sending me some pictures. Then it happened. I could hear the distant rumble of wings, big wings. Something big, something scary was heading directly at me at break neck speed. For a split second my life flashed before, but with the reactions of Jackie Chan, I unleashed a karate chop worthy of Bruce Lee. My aim was perfect, the beast barely touched my face before I sent it straight at Helen (not my intended target – I was in survival mode). Her reactions were less Bruce Lee, and more Bruce Forsyth, as the beast smacked her straight in the face and dropped to the table. It was then we realised it was a cockroach, the biggest cockroach the world has ever seen. The Beast from the East. In a split second it was gone, leaving behind two tourists as gibbering wrecks, and heading for the bar for a stiff brandy.

Fact of the Day: In Thailand, the head is the most important part of the body. Consequently, no one must ever touch another person, even a child, on the head.